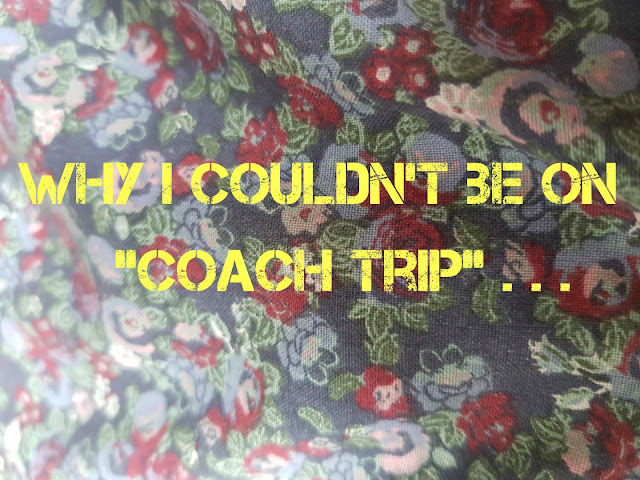 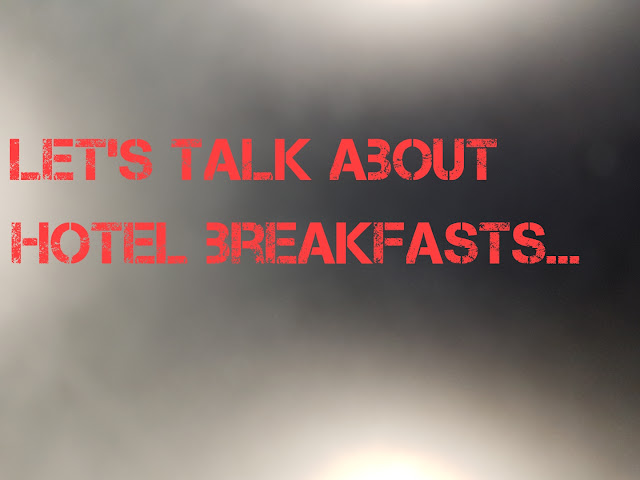 As you may well know about me, I am very partial to an overnight stay or twelve, and often, when you’re staying away for the night, breakfast is included as standard. Now, we will never pay extra for a breakfast if it is not included . . . and this is because we rarely make it to breakfast.

In 2017 when we did a six night tour of various places in Scotland, we had a breakfast included with every single stay. Out of those six nights, we made it to breakfast twice.

I’m not quite sure exactly what the issue is, but it’s probably mostly down to inherent laziness. I’m actually similar when I’m away with work, everyone else will arrange to meet for breakfast and I’ll say “I’ll meet you at the door after breakfast” – it gives me longer to get ready and more importantly, longer to hit snooze repeatedly and stay in bed.  Likewise when me and the fella are away – the breakfasts tend to be pretty early (and usually end about an hour before checkout) so I’m hit with a bit of a dilemma. Do I . . .

force myself out of bed early to make yourself look presentable for breakfast?

get up at the last minute, go to breakfast looking like I've literally just rolled out of bed (which I have) with yesterday’s make-up Alice-coopering down my face and hope I'm recognised as a guest at the hotel and not thrown out?

stay in bed, get an hour or two extra beauty kip, and then skip breakfast entirely (then likely spend the rest of the day with a rumbling stomach, or succumb to the nearest McDonalds drive-thru)?

It truly is quite the conundrum.

In addition, I can be a bit picky about breakfast food.

One – I don’t really like bacon that much. (When I say that to people the majority look at me like I’m a martian.)

Two – I don’t really like sausages that much. A roll and sausage, yes. Sausage by itself, no.

Trying to order a cooked breakfast can therefore be a bit of a minefield because really all I want is a plate that’s half mushrooms, half baked beans, with possibly a bit of egg (which I have to be in the mood for) and definitely some toast and butter (so I can create my own beans on toast, because why wouldn’t you?). And if you want to throw in a potato scone or two, I won’t say no. But I don’t like being a fussy orderer so I usually just go for the full caboodle and then the fella ends up with half of mine too. A buffet is probably ideal (despite me not being a fan of buffets in general) as I can just choose what I want . . . but then there’s still no guarantees they are going to actually have the food options I want.

(Something I do love about hotel breakfasts though? Orange juice. I will always drink as much orange juice as possible because it’s my favourite and I’m a bit addicted, and once I start drinking it I don’t want to stop so I therefore limit myself to having it only at hotel breakfasts rather than ever buying it. True story.)

When I started typing this, I never realised how much I would have to say about breakfast (it reminds me the bit of a time I wrote an entire blog post about cheese and couldn’t comprehend how much I would actually have to say on the subject) but apparently I can still go on… here’s another thing that stresses me out about breakfast. If it’s a place you’ve never been to before, you rarely know the seating system. Do you sit down wherever you like? Do you have an assigned table with your room number on it? Do you wait to be seated? Will you have to share a table with everyone else who was staying in the building the night before?  In some places you even have to choose a time slot for your breakfast. (Or put your order in the night before even!) It’s such a minefield.

There is a positive though – sometimes you are pleasantly surprised by the quality or variety of breakfast offered. I’ve stayed in a place where there was something like 12 different breakfast options (that was one of the order-the-night-before places) and I had a delightful breakfast featuring poached eggs and halloumi. Another place had different courses for breakfast if you so wished. And another offered such delicious varieties as buttermilk waffles or an actual breakfast burger! That was a very difficult decision...

Spoiler alert: I went for the waffles.

Do YOU enjoy hotel breakfasts??? What has your favourite been?