Guys, I am beyond obsessed with pastel hair.

Ever since I discovered Bleach London's range of pastel colours about a year ago, I have sporadically been using the rose and lilac colours, usually mixed together. But they wash out so quickly! 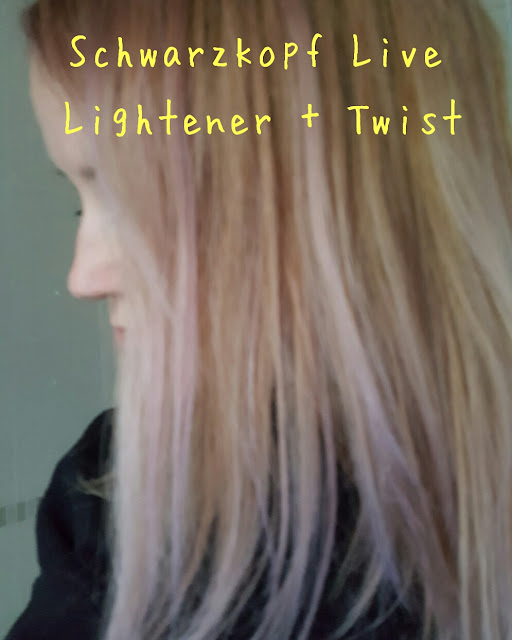 So when I found out about Schwarzkopf's Live Lightener + Twist range I was immediately intrigued. But a bit scared. Because the dye claims to lighten hair up to four shades while also providing a pastel tone. 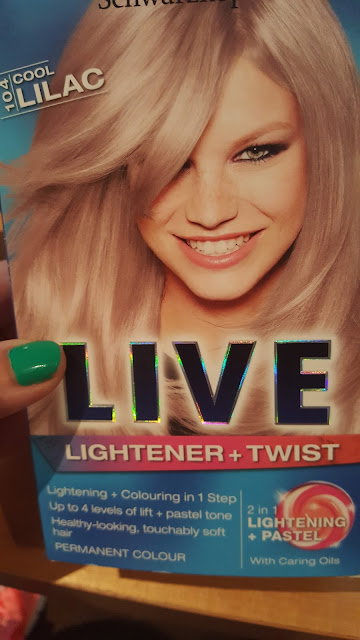 Now, I did a wee bit of research prior to purchasing it, and I couldn't find any reviews of it - if it wasn't for the fact that I knew a girl in real life who had used it (the girl who told me about it in the first place), I would have been trying it completely blindly. So I figured I would document my experience for anyone who is curious about the product. (You are welcome.)

First of all, the box states that the dye is not suitable for use on coloured hair. Now, I did not realise this until now, as I type this review up! It is intended for blonde hair, but I guess they are trying to say it is only for natural blondes. Now, I hardly know any natural blondes myself so they are probably limiting their market somewhat with that statement.

I am obviously not a natural blonde. My (naturally brown) hair is probably medium blonde and usually darker at the top than the bottom, and I had about half an inch of black roots prior to using this hair-dye. So I don't even have white blonde hair that could potentially act as a blank canvas for a pastel shade.

But I decided to go for it anyway. Because I wanted pastel hair that much.

I opted for the cool lilac shade as I thought it would potentially be more subtle than the pink. It was simple to mix up and then it was just a matter of applying it to the roots, followed by the rest of the hair for a much shorter time near to the end. (Weirdly, this was following the instructions for previously dyed hair - so totally contradicting the advice on the box, no?) 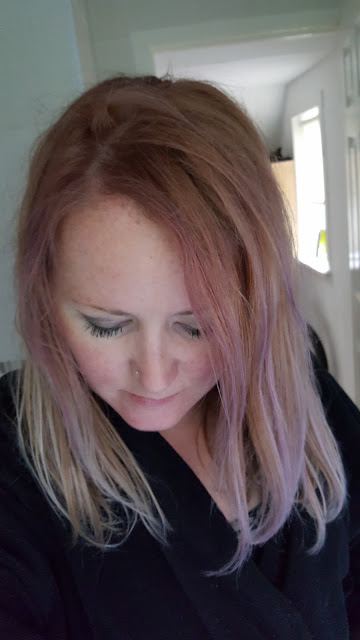 I did find it a wee bit difficult to apply to the hair - it wasn't as easy as one of my usual blonde hair dyes, it didn't rub in as smoothly. Plus I was very paranoid about it going wrong, especially as my roots were looking a worrying bright orange colour under the dye! 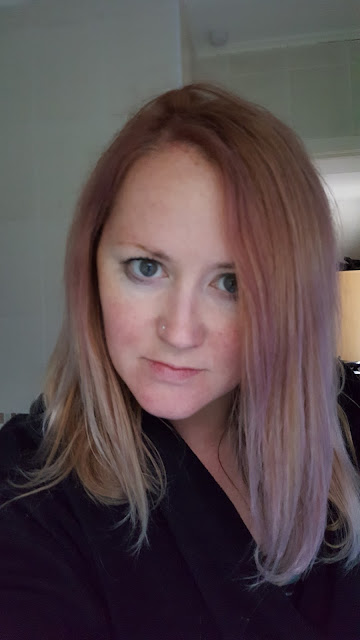 I left it on slightly less time than advised, once again because I was paranoid about it going wrong. Then it was just a matter of washing it off, and massaging the colour after-treatment into my hair before washing that off too. 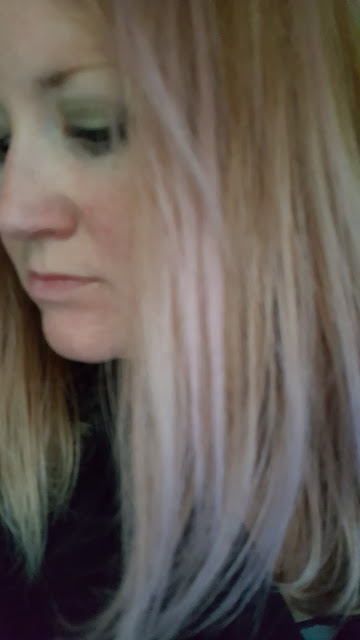 I was pleasantly surprised (and relieved) with the results - I just wish I'd left it on longer now.  My hair is definitely a bit lighter, with a definite pastel lilac tone to it. I really like it, and I like that it's not going to wash out straight away like the Bleach London ones. I'm sure you'll agree it doesn't really look much like the model on the box - but then remember I'm working with already dyed, unnaturally blonde hair - and my hair is in nowhere near as good condition as the model on the box, but we'll pretend it looks just as glossy and amazing, OKAY??? ;-)

I will probably use the dye again very soon, to try and get more of an all-over effect, now that I know what I'm doing and what to expect.

It's currently only £5.49 in Boots, so it's a pretty good deal - if you are looking for lilac hair and don't mind a bit of bleach in your hair I would personally recommend it, although I guess results will vary depending on the original colour and condition of your hair. It worked for me anyway and I'm happy with the results!

Update: as nice as the results are, they unfortunately don't last long. I have used it another time since the first time and both times the pastel was gone within a fortnight. (I do still plan to use it again though, and I also found the Bleach London dyes have taken better in my hair as a result on account of it being lighter).


What do you think of the pastel hair trend? Is it something you have tried or would try?