I don't know about anyone else, but I have a real problem when it comes to finding easy and healthy ideas for lunch in work. It's fairly straight forward if you just want to buy your lunch every day and waste money, or you have a microwave in work . . . but what if you don't have the funds to splurge every day, or want to know exactly what is in your meal, or - this definitely applies in my case - there are only three microwaves in your work and trying to heat up a healthy meal involves random guesswork of when there will be a queue on any one day? What do you do then?

Well, I'm going to try and help you out here with some ideas in case you are in the same boat...

*****CAULIFLOWER "FAUX" POTATO SALAD RECIPE*****
Ingredients:
One small cauliflower
Fat Free Fromage Frais
Extra Light Mayo
Spring Onions
Red Onion
Method:
Chop up cauliflower into small chunks, microwave for five minutes and let cool. Take half of the cauliflower and blend with two tablespoons of fromage frais and one tablespoon of mayo. Add blended mixture back in with the rest of the cauliflower and mix, adding chopped red onion and spring onions. Refrigerate until required.


*****CRUSTLESS QUICHE RECIPE*****
Ingredients:
2 eggs
Low fat cottage cheese
Ham (not compulsory but delicious)
Whatever vegetables you fancy (I tend to use mushrooms, onions, peppers, kale)
Low fat grated cheese
Method:
Put ham on the bottom of six silicone cupcake cases, mix eggs together with two tablespoonfuls of cottage cheese, add veg, pour mixture on top of ham. Sprinkle with a little grated cheese, then cook in the office for about 30 mins at 200 degrees.

I hope these suggestions help someone, and if you have any other ideas for good packed lunches, please feel free to comment - you might give me or someone else further inspiration! :-)

I've always considered myself a good friend. A very good friend in fact. I am always there for the people I care about when they need me. I'm not a "phone person" but if I think they need a call, I'll do so. I'll make time for them. I'll listen to them, support them when they require it, and sometimes when they don't even REALISE they require it.

And it's hard for me to let a friend go. But there has to be a point where you just think "fuck it, there's no point in continuing with this friendship."

Thing is, it wasn't me  who decided so in this most recent case. I had always been there for this friend. But apparently it wasn't good enough anymore. Despite the fact that I had tried to maintain the friendship, tried to meet up with them, tried to engage with them when they popped up on social media more often than they could be bother keeping their real life friendships going . . . somehow I ended up being the one being punished.

Since the only difference between now and a year ago is I'm now in a relationship, I can only assume that she assumed I was no longer interested in a friendship now I had a boyfriend. The thing is . . . that was not and has never been the case. Okay, I have a little less free time than I did previously when I was single . . . but I was always there. And I think the fact that I still have all the other friends before the relationship started and still see them proves that point. All my other friends still wanted to hang out. All my other friends were also interested in my relationship. Not a glimmer of interest was shown in MY life while I tried to still be involved in hers. I think that says a hell of a lot.

Yet, the day I realised she had unfriended me on facebook, on top of already having unfollowed me on twitter with no reason why, on top of seeing what I assume was unnecessary bitching about me to other people on twitter . . . well it had all just piled up on me, especially after that missed call which, when I text asking if everything was okay, I got a standard brief and downright cold response which told me everything I needed to know in that one text.  Perfectly timed too, on the day of me and the boyfriend's one year anniversary. Yep, crying in the pub over this was not my finest hour. But . . . I sent the text I should have done ages ago, acknowledging the end of the friendship. Which she never bothered to do to me.

If anything now, I actually feel a bit free. Feeling like shite for a couple of months and wondering if I was imagining this ill-feeling was getting me down a lot, wondering what I'd done wrong, what I could have done differently... I realise now that I couldn't have. It was obviously just something that had came to an end, albeit naturally or not. Am I sad about it? Yes, of course. I have so many shared memories with her, so many GOOD shared memories... But the fact that she didn't even fight for the friendship says a lot to me.  Or the fact that she couldn't speak to me about why she unfollowed me or unfriended me, or ignored me.

Sometimes a friendship is meant to be finite, I guess. Or maybe it just wasn't ever meant to be in the first place.

Regardless, I know who my real friends are. The ones that stuck around.

Email ThisBlogThis!Share to TwitterShare to FacebookShare to Pinterest
Labels: friends

SCOTLAND THE BEAUTIFUL: THE FALLS OF DOCHART . . . 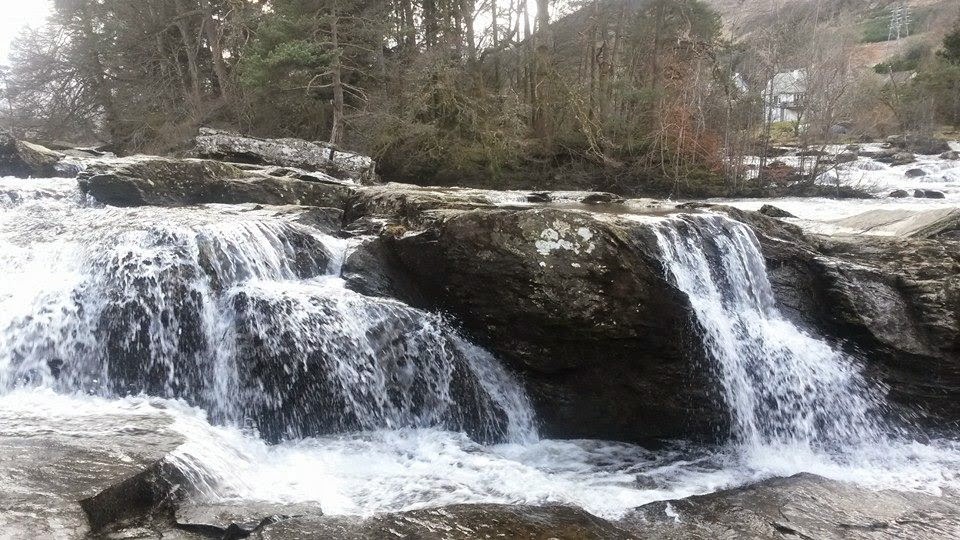 I think I've already mentioned me and the boyfriend's love of waterfalls . . . pretty much every Scottish trip we go on we try to find one! The Falls of Dochart is a particular nice one  - it's not a high dramatic fall like some we have visited . . . but it's very long and pretty and you can kind of climb about in it to some extent, like a playground full of rocks and cascading water! (Disclaimer: it's not really a playground and if you DO choose to climb around in it, be careful!)

These first pictures were taken in around March, where it was still very cold... 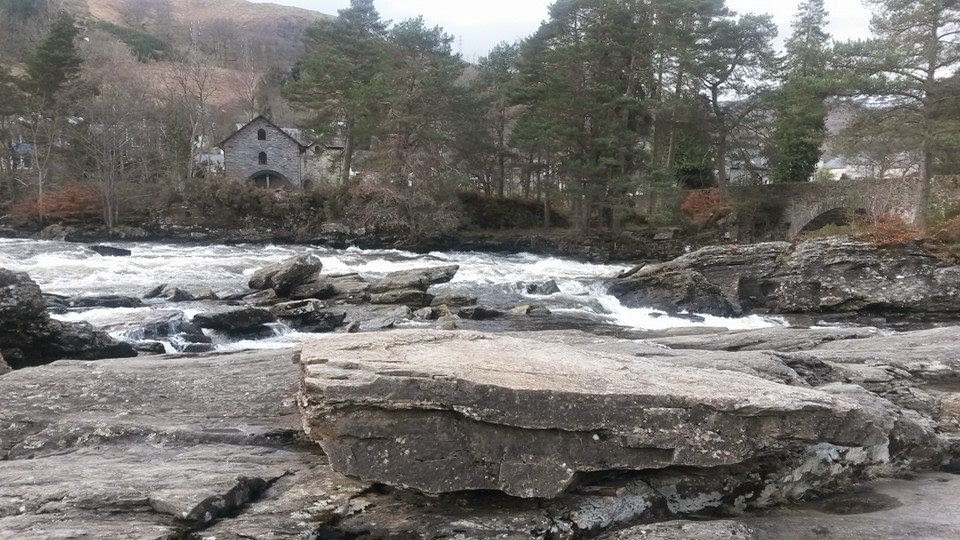 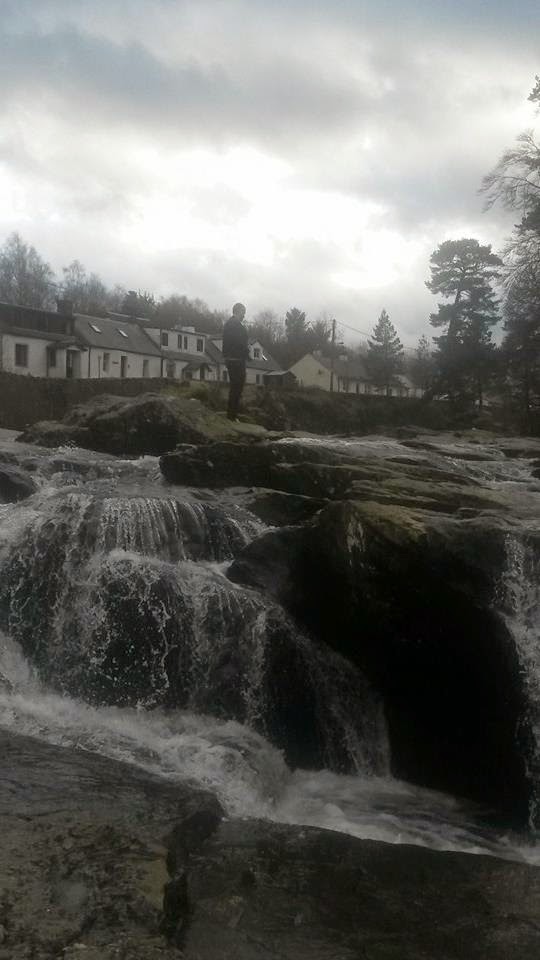 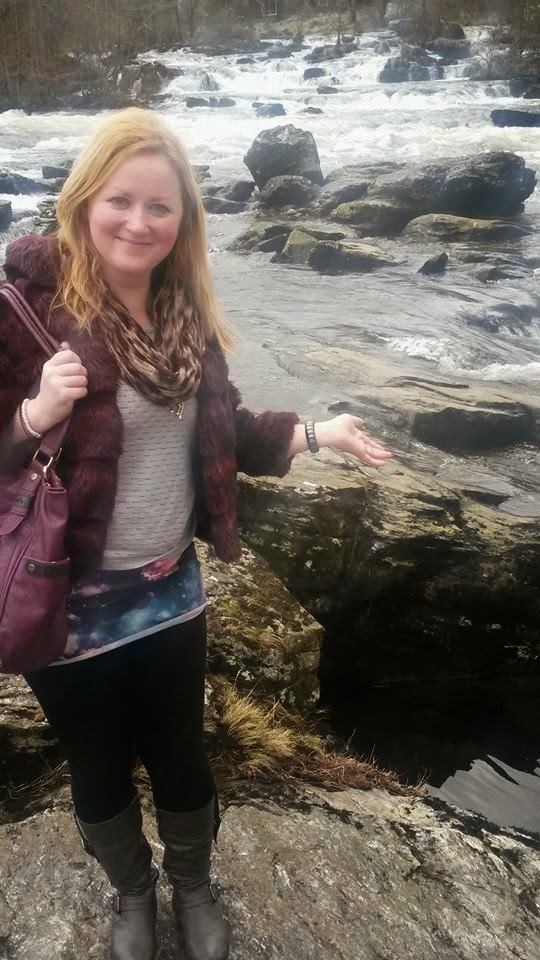 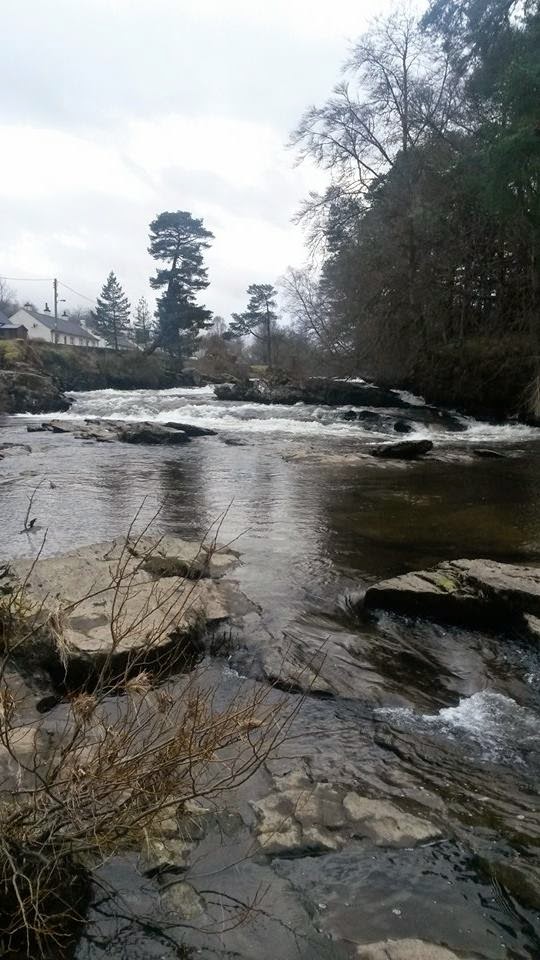 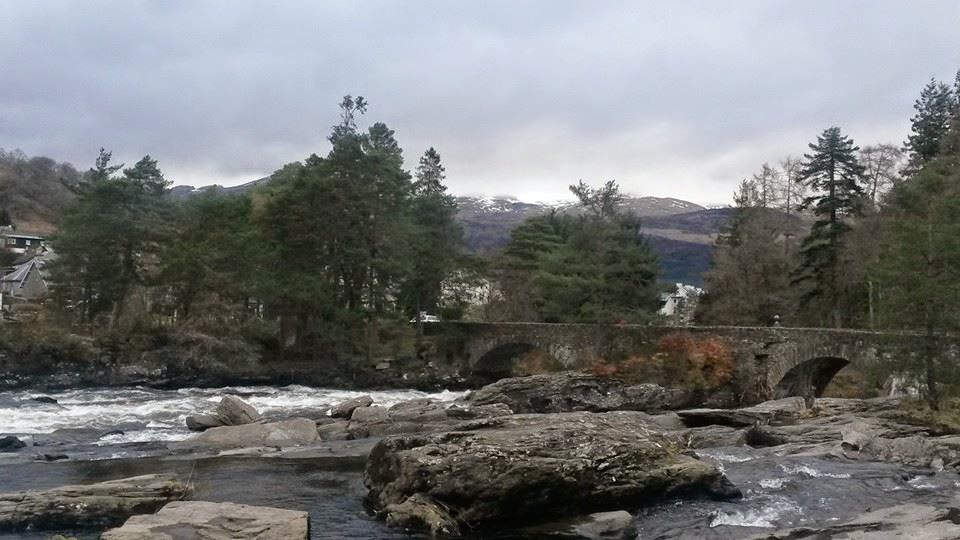 These next two were taken on a more recent trip, about a month or so ago, where it was a tad warmer . . . as in, I wasn't quite wrapped up as much!!! 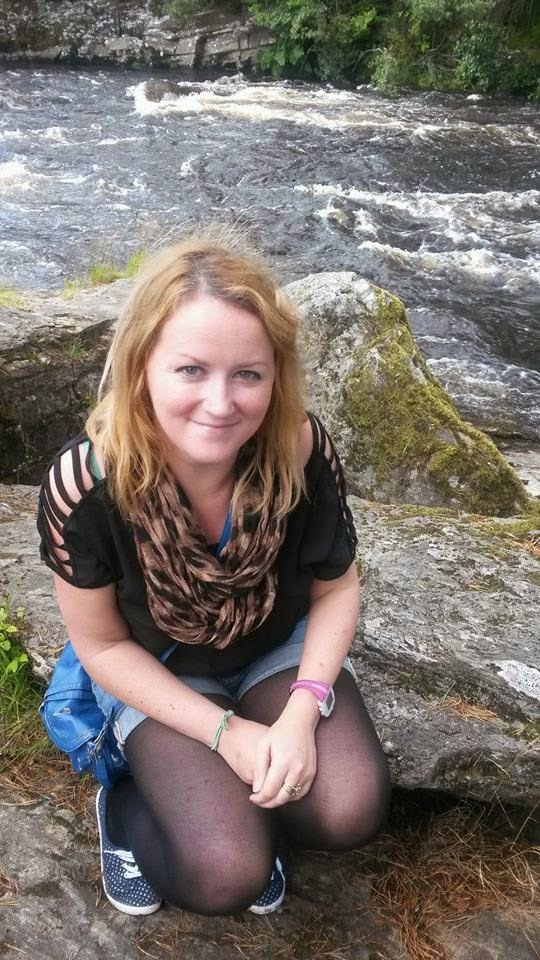 The Falls of Dochart run through the pretty little village of Killin and I would definitely recommend as visit if you are a fan of water/nature/waterfalls/all of the above. Visit http://www.visitscotland.com/info/towns-villages/falls-of-dochart-p662781 for more information... and let me know if you've been before or are planning on going anytime soon!!! 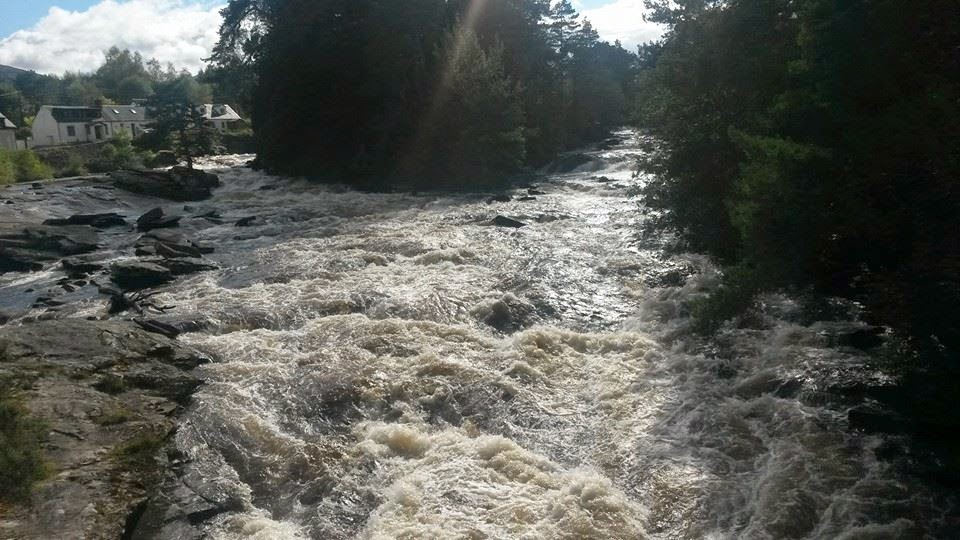 Email ThisBlogThis!Share to TwitterShare to FacebookShare to Pinterest
Labels: Scotland the Beautiful, Scottish and proud of it
Newer Posts Older Posts Home
Subscribe to: Posts (Atom)