My mum has always been a big charity shop visitor. This isn't because our family is poor by any means; my parents have always been good with their money and even now the main thing they spend money on is holidays. We just like a bargain! When I was younger, she would come home with little gems for me. One day when I was about 10, she came back with a lemon puffball skirt. It was the late eighties; it was allowed. I fell in love with it.

And I was so PROUD of it. We had a school dance coming up, so OF COURSE I wore the skirt. And the other girls were jealous of it. I told them happily that my mum had bought me it from Oxfam. Which of course, is when the mocking started. It was nearly as bad as the time I invited a friend home for dinner and she told everyone I was a weirdo because I put dessicated coconut on top of my spaghetti hoops. (Okay, that WAS weird.)

So that rather ruined the glow of charity shops for me. After that, I used to linger outside when my mum insisted on going into Oxfam or the Sue Ryder shop or whatever other charity shop had sprung up in Hamilton that month. And it was only when I got into probably my twenties that suddenly charity shops were cool to be seen in. Probably with the rise in popularity of "vintage".

﻿ Now, living in the west end of Glasgow, there are charity (and vintage and secondhand shops) all over the place! A few weeks ago, my mum came over and, as I just live off Dumbarton Road now, a breeding ground for charity shops. we did a charity shop crawl. Much to my disappointment, I came back with nothing. Now that shopping second-hand is socially acceptable, it's virtually impossible to find anything decent.

But I still LOVE finding secondhand clothes. So I turned to ebay. It's amazing the things you can find on there, and for cheap too. I managed to get the Warehouse playsuit on the left for a tenner. Silk. Only worn once. The girl selling it said with the facebook "tagging" generation, she couldn't wear it again. So Paula got a fabulous bargain!

I don't have much embarrassment in buying secondhand clothes either anymore. I don't really care if I'm mocked about it. It's nice to get a bargain and also, when I go into a clothes shops or onto a website like asos, half the time I don't see anything I like. I'm often more likely to find someone ELSE'S dress that I wish I had, than find something new. So ebay is a blessing.


And now there's asos marketplace. I'm actually a bit reluctant to even endorse it in case someone has the same style and is the same size as me and ends up buying all the clothes I want before I can, because I am quickly becoming a wee bit addicted to the marketplace section of the site. 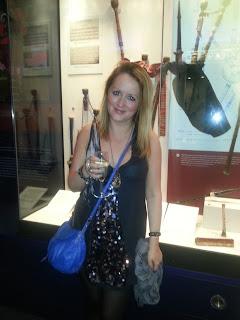 I got the dress , a on the right, a wee River Island number, for a fiver. I also picked up a Love Label dress for a tenner for my holiday. I browsed through all the cheap size 10 dresses the other night and bagged a couple more . . . and a denim jacket to replace the one I somehow lost the night I pulled the 22 year old boy!

It's actually better than ebay in a way because you don't have as much stuff to sift through. I've got very ebay-savvy over the years when it comes to searching for clothes, but when someone describes their listing as something like "Boho Lady Gaga baroque dress top skirt size 10 14 18" then you still end up with a lot of junk when you're looking for a size 10 dress!

And I really do seem more likely to find things I like second-hand than I do brand new! What are the chances???


How do you feel about buying second-hand? And, if you do it, where are your favourite places to shop???

Email ThisBlogThis!Share to TwitterShare to FacebookShare to Pinterest
Labels: shop til I drop, wearing clothes means I'm not naked