Here's something that got me and M scratching our heads a bit last night (and, no, it wasn't headlice!) . . .

You may remember one of the Christmas presents I bought for one of my friends was a drinking game called Keel Over. I think it's essentially a twist on Jenga, with forfeits on the bricks or something like that. We didn't get a chance to play it - apparently, we can get pretty damn drunk on our own WITHOUT help from a drinking game, as we proved after four bottles of wine between us last night. (Yes, I think dry January is well and truly kaput now!)
Anyway, I gave M the present along with the surprise I'd been working on, and she started studying the outside of the box. Which is when we made a surprising discovery.
The box instructed that not only could we play the drinking game with soft drinks, it was advisable that if we MUST play using alcohol, it should be low-alcohol beer or shandy.
Instantly we were both like "What the fuck???" Doesn't it rather negate the very point of a drinking game if you play with products with either low-alcohol or NO alcohol? Isn't the primary intention of a drinking game to get you good and fucked???
I appreciate it's not like they can say on the box "Hey, get WASTED with this game. Use wine, or vodka, or tequila!" and I suppose they always have to have some sort of disclaimer so people all over the world aren't blaming the company manufacturing the game for coming down with alcohol poisoning or . . . I don't know, falling out a window. But the irony couldn't help but make me laugh. The drinking game where they advise you not to drink??? It's a bit of an oxymoron really . . .
On to the project I was working on for M on Friday night. Now she has it, I can share it, because it's not a secret anymore. It was just a scrapbook/photo album about our Belfast trip last July, featuring pictures, a couple of souvenirs from the trip and a selection of our favourite quotes from our time over there. I had soooo much fun making it - and it was worth it because she seemed to love it. I've got another one planned for someone else next month who I think will really appreciate it too. I think I might finally have a hobby, lol!
Anyway, I took a couple of pics of my favourite pages . . . 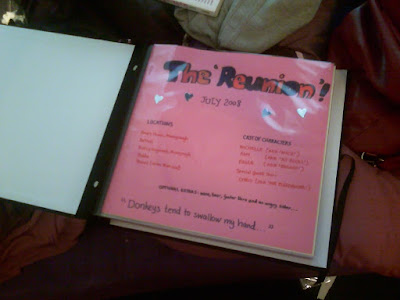 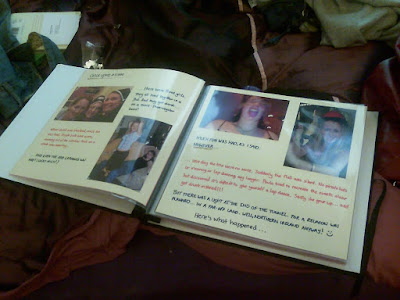 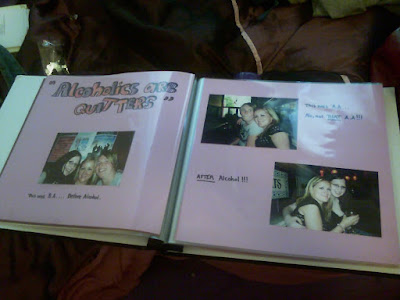 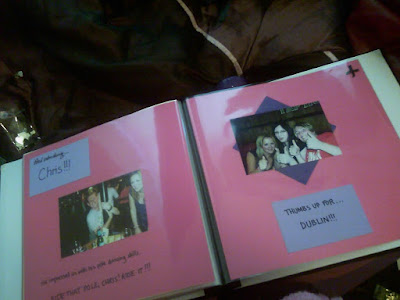 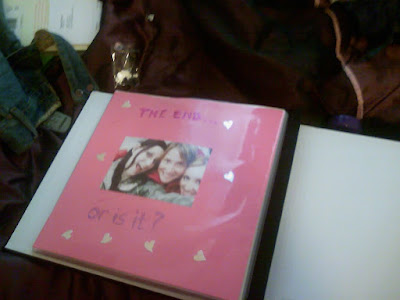