Really, I'm not. It's something I probably take for granted. I've never had to go to hospital (for me!!! not to visit someone) let alone stay in one. I hardly ever even come down with the cold, and even when I do, it's rarely a bad one. While other people around me seem to come down with several a year, the only bad cold I remember having was the one I caught while down in London in June. It's weird since I wouldn't say my lifestyle is particularly healthy but I guess I'm not going to quibble the small stuff.

But of course if I AM going to get sick, you can guarantee (according to the rules of my life) it's going to happen at the most inconvenient of times.

So I've been feeling a bit off for quite a few days now; really run-down, and had a pain in my lower back which while not having me writhing in agony is definitely not comfortable. My flatmate pointed out to me last night that my symptoms sound like a kidney infection. I checked this out online and everything seems to match up. So I've been lying on a hot water bottle, popping painkillers and mainlining cranberry juice pretty much all day. I CAN'T be not well. It really couldn't be a worse time, seriously!

The next two weeks are two of the busiest weeks in work and we'll have skeleton staff so being off work is NOT an option. On top of this I have to work a 6.40am - 5.15pm shift on Wednesday and Thursday. Ouch.

THEN I have to spend Friday in a cold warehouse (which is REALLY going to help my kidneys!) which is going to be an absolute bugger to me to get to. The one person who COULD give me a lift won't do so, and I have too much pride to ask again. And given I've barely been able to sleep as it is due to all my inside pains, and will have to do those extra long shifts during the week, I can't risk taking public transport there (which would entail me getting the underground and a train to get there before 8am) as I don't trust myself to wake up in time. (Hell, I'm not sure I trust myself to get in for those other shifts either but at least I can walk there and don't have to rely on myself AND public transport). So I'm going to have to shell out money I really don't have right now on taxis. Fan-fucking-tastic, right?

After all the crap I feel like I've gone through in work recently, not being well really IS the icing on the cake. I'm trying to focus on the things that will be good (ie. OUTSIDE work activities) this week. Stereophonics gig on Tuesday for example. My friend from Ireland possibly coming over next weekend again (twice in less than a month, woohoo!).

Let's just hope I'm not feeling too sick to enjoy the good stuff . . . 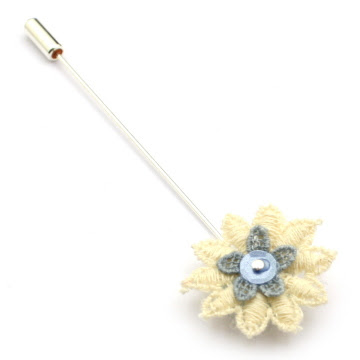 I saw these brooches on the Hannah Zakari website and they were only three quid each so I couldn't resist. I snapped up a couple in different colours - figured they would make good stocking filler type gifts. Kinda wish I'd bought myself one now . . . :(
I also got the necklace below on the same website. I like the way it's a bit vintage-y (not a real word, right?) looking. I think it may also have been one-of-a-kind but don't worry, the designer has other almost-as-nice stuff on the site still! 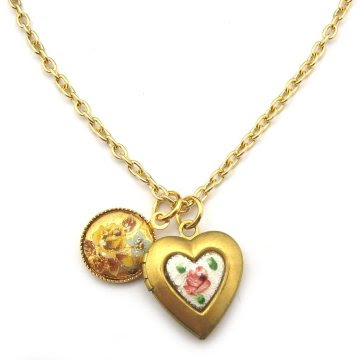 I got the bracelet below from Punky Allsorts, a website I've mentioned before. Their jewellery has been seen on several famous folk, from Nicky Hilton to Katy Perry, and I just think this bracelet in particular is adorable! 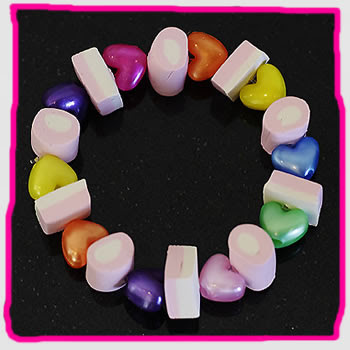 The two below items are from this Etsy stop - I particularly love the necklace. Once again, it's another thing I want to keep for myself . . . 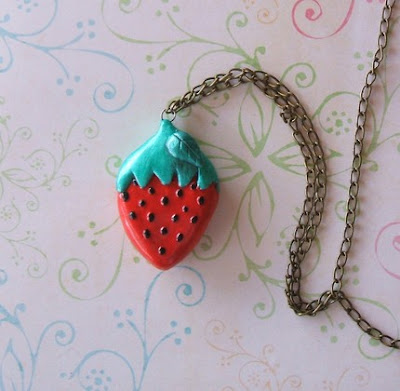 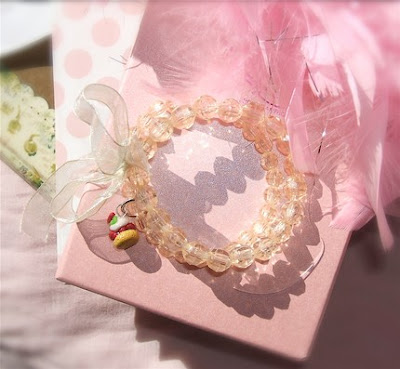 Perhaps I should actually stop buying people things I like myself. Not only am I probably buying things in my taste rather than theirs, but I'm also waaaayyyy too tempted to NOT give them away!!!